As the account manager, how can I unregister a SnapGene license on a computer that is not physically accessible?

Use this procedure to retrieve a license activation for use on another computer if:

Please note, a license may only be unregistered a limited number of times during each term of the license.

Go to the Login Page

For this procedure, you must be the account manager for the SnapGene license. 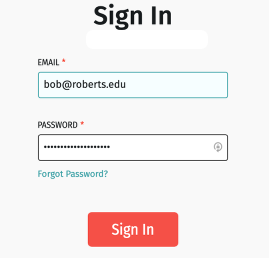 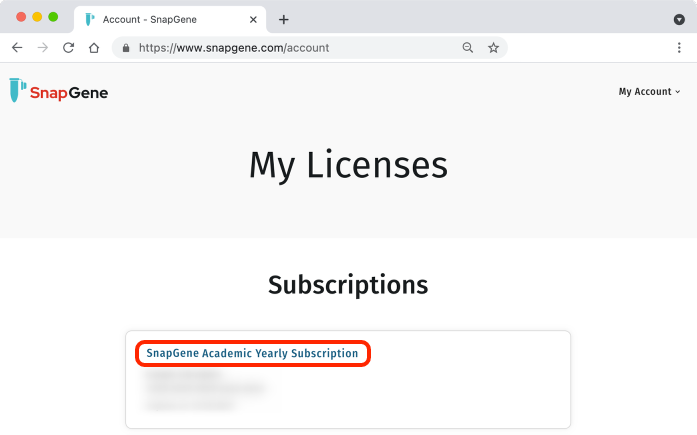 On the main page,  all of your licenses will be listed. Click on a license title to view the license details. 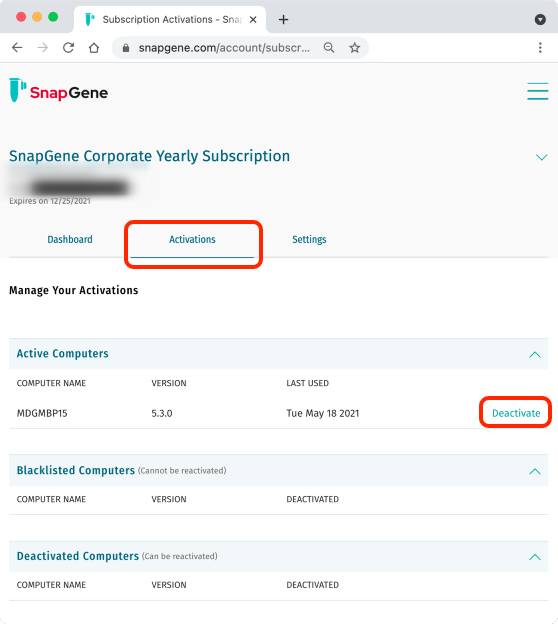 Switch to the Activations view.

To deactivate a license, in the "Active Computers" list press the Deactivate button next to the name of the relevant computer. 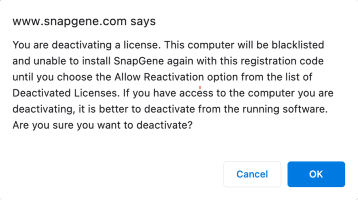 A warning will appear, if you are sure you wish to deactivate then click OK.

The blacklisted computer will no longer be able to run SnapGene unless reenabled.

Note that it may take up to 24 hours for the blacklisted computer to acknowledge the deactivation and cease working. 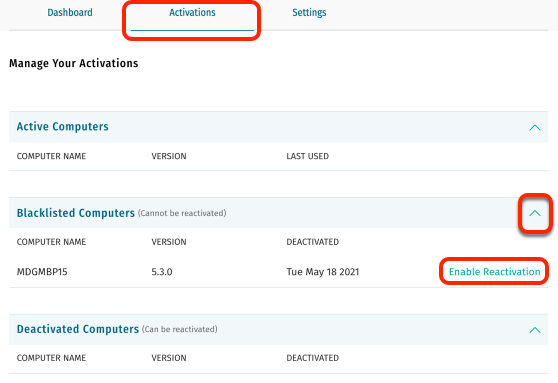