How is Golden Gate Fidelity Predicted in SnapGene?

How does SnapGene predict fidelity in Golden Gate Cloning simulation?

The SnapGene Golden Gate tool can be used to simulate circular assembly of up to 100 fragments.

SnapGene uses this data to calculate predicted ligation fidelity for individual overhangs (an estimate of the potential for mis-ligation to other overhangs present in the reaction). 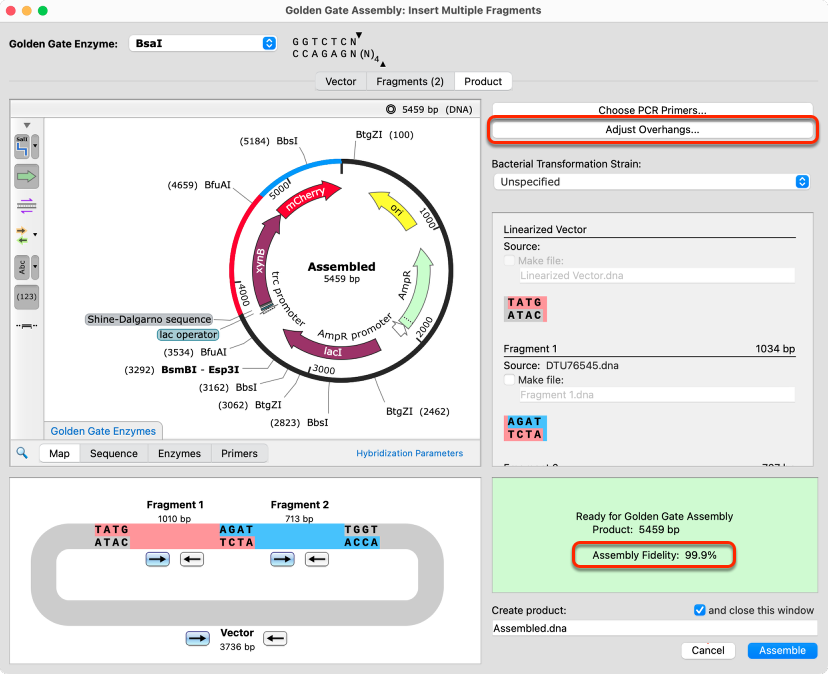 When Golden Gate assembly is ready to proceed, predicted assembly fidelity is reported in the lower right panel of the Golden Gate Assembly Window.

In the above example, using the given set of overhangs (TATG, AGAT, TGGT), Golden Gate Assembly is predicted to yield 99.9% of correctly-ligated products. 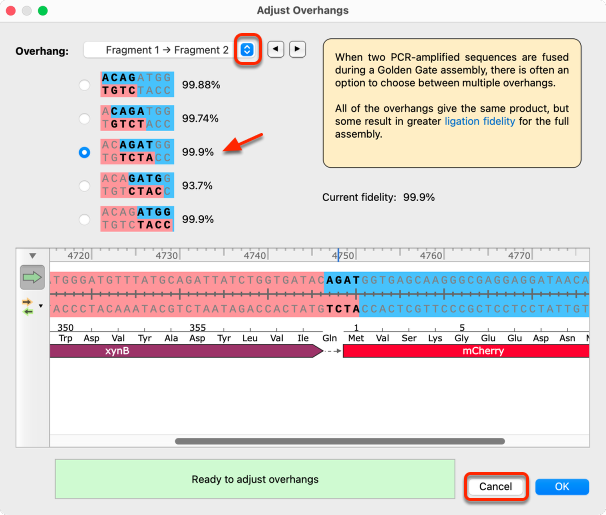 To view predicted fidelity for individual overhangs (in the context of all other overhangs), once Golden Gate assembly is ready to proceed, click Adjust Overhangs... and use the "Overhang" dropdown to view the predicted ligation fidelity for each alternative overhang that could be used for assembly.