How do I convert DNA sequences between single-stranded and double-stranded formats?

Open or Import a DNA Sequence 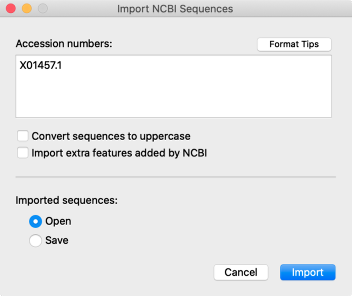 Open or import a DNA sequence. In this example, the genome of Parvovirus H1, accession number X01457.1, is imported from NCBI incorrectly as a double-stranded DNA (dsDNA) sequence.

Parvovirus H1 is a single-stranded DNA (ssDNA) virus. The X01457.1 record imports as dsDNA because the NCBI LOCUS record fails to specify that it is ssDNA. 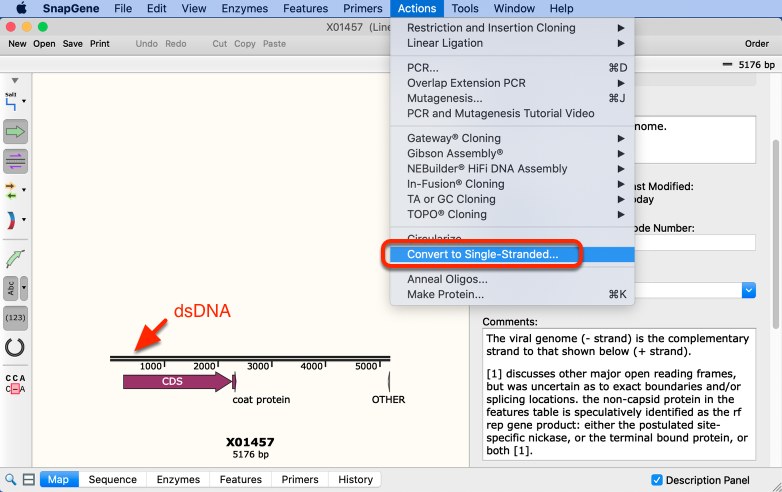 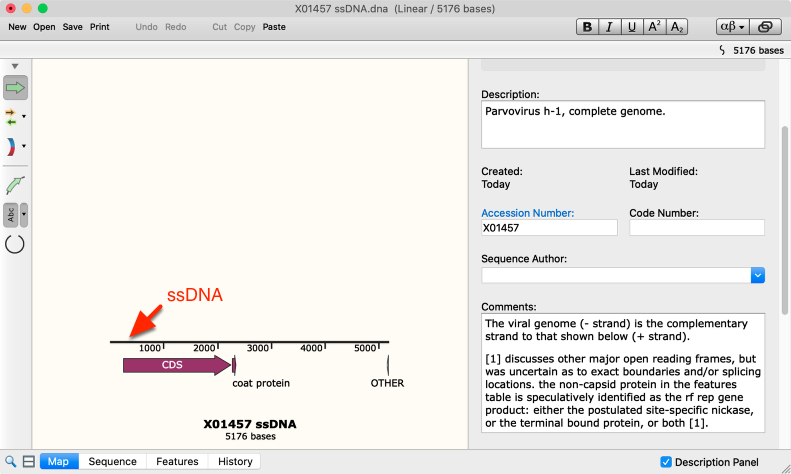 The Parvovirus H1 genome (minus strand) is the complementary strand to the sequence in the X01457.1 record, so it should also be reverse complemented. 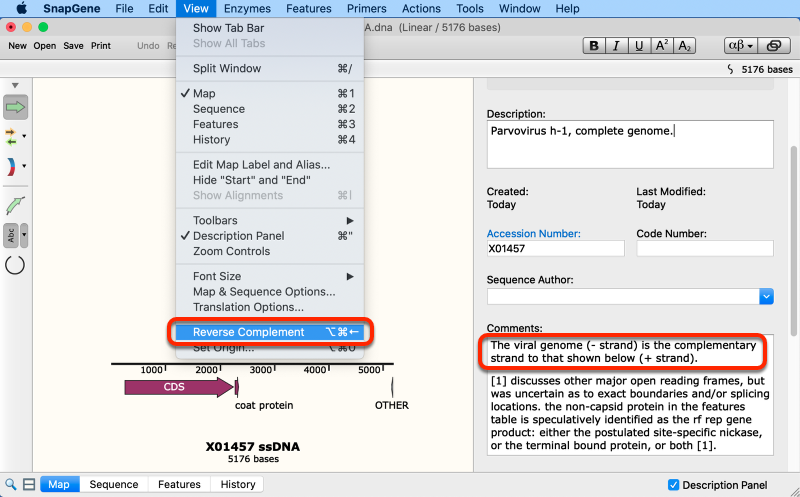 Save the ssDNA Sequence

Save the file. In this example, the 5'-3' ssDNA sequence now correctly represents the Parvovirus H1 ssDNA genome. 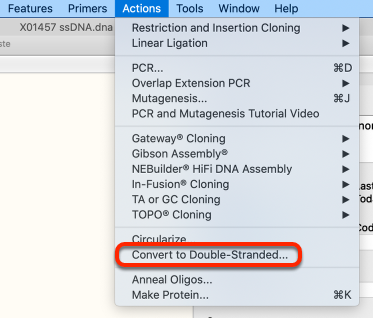 Open or import a ssDNA sequence.

Save the new dsDNA file.