If you have a question about a topic that is not covered here or in our FAQ, then please contact us.

How do I show or hide protein features in Map view or Sequence view?

Use the Side Toolbar 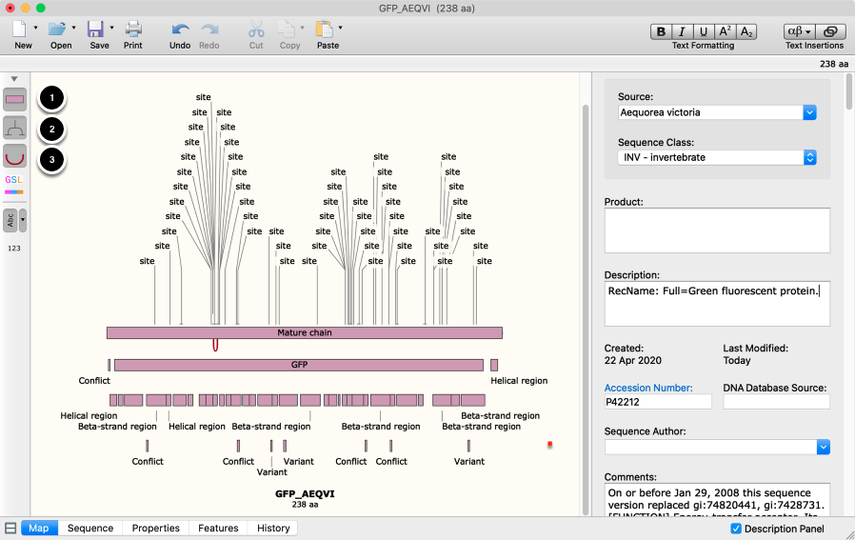 Click the buttons on the side toolbar to toggle display of Region, Site and Bond features on a protein sequence.